Why Travel to Oman?

Oman and its neighbors along the Persian Gulf are at first glance much alike. They are all Arabic-speaking, oil-rich, and ruled by powerful monarchs. The terrain throughout is overwhelmingly desert. But these similarities belie the very different path that Oman has chosen. There are no glitzy skyscrapers here. Instead, one finds an emphasis on the traditional. This is true of the architecture, the clothing, and for many, the way of life. This is a country that boasts a modern and well-developed infrastructure alongside traditional villages where terraced orchards still produce fruit for local consumption. Fishing dhows, largely unchanged for centuries, still ply the coastal waters, while massive oil tankers loom offshore waiting for their turn to pass through the Strait of Hormuz. Spectacularly situated forts and castles dot the craggy mountains, reaching up above 9,000 feet in elevation, while elegant and luxurious resorts punctuate the long coastline below.  Rooted deeply in its past while still forward looking, Oman is a country that will challenge travelers’ expectations of the region without compromising on comfort.

Oman has a sunny, dry climate, with winter temperatures averaging in the upper 70s and lower 80s Fahrenheit. This makes it a popular winter destination for those in the northern hemisphere, and we would generally recommend visiting in the November to March timeframe (unless perhaps this is a second visit to Oman and you are looking to explore the Dhofar region during its wet season).

The summer months are extremely hot, especially in the northern half of the country and in inland areas at lower altitudes. In these areas, including Muscat, Sur, and Nizwa, summer highs are often well over 100 degrees Fahrenheit. Coastal areas can be moderately humid while inland areas are quite dry. Precipitation is scant year-round throughout most of the country, with two exceptions.

The Al Hajar Mountains in northern Oman reach just high enough (topping out at around 9,000 feet) to generate some localized precipitation. This rainfall and the lower temperatures at altitude give the higher reaches of the mountains an almost Mediterranean climate in which fruit and other crops are grown in terraced gardens along the slopes. These areas can be surprisingly cool in the winter.

The Dhofar region along the coast in the far south of Oman is the other major exception to Oman’s climatic norms. The mountains along this stretch of coast, starting just west of Salalah and continuing southeast to and past the Yemeni border, force annual monsoon winds upwards generating fog, mist, and rain. This feature, known as the khareef, takes place each summer. During the khareef most of Oman bakes, but coastal Dhofar enjoys fog, clouds, and highs in the relatively cool 80s Fahrenheit. The mountains turn a vibrant green at this time of the year, yielding scenes more reminiscent of a tropical forest than the sand dunes and desert just a few dozen miles inland. As the khareef ends, Dhofar quickly turns brown again and is dry and warm in the fall, winter, and spring seasons.

How to Get There

Oman is a medium-sized nation (roughly equivalent in area to Italy) located in the far east of the Arabian Peninsula. The country is bordered by the Gulf of Oman to the north, the Arabian Sea to the east and south, and Saudi Arabia, Yemen, and the UAE to the west. Most travelers from the U.S. and Europe will access the country through major air hubs in Dubai, Istanbul, Abu Dhabi or Doha, but overland crossings from the UAE and Saudi Arabia are also possible. MIR’s new small group tour UAE & Oman: Culture & Contrast in the Middle East uses one of the UAE to Oman border crossings.

There is a huge range of sights to see in Oman, with attractions that will appeal to beach-lovers, history-enthusiasts, thrill-seekers, aficionados of cultural and ethnography, and everyone in between. Here is a small subset of some of the experiences possible in Oman: 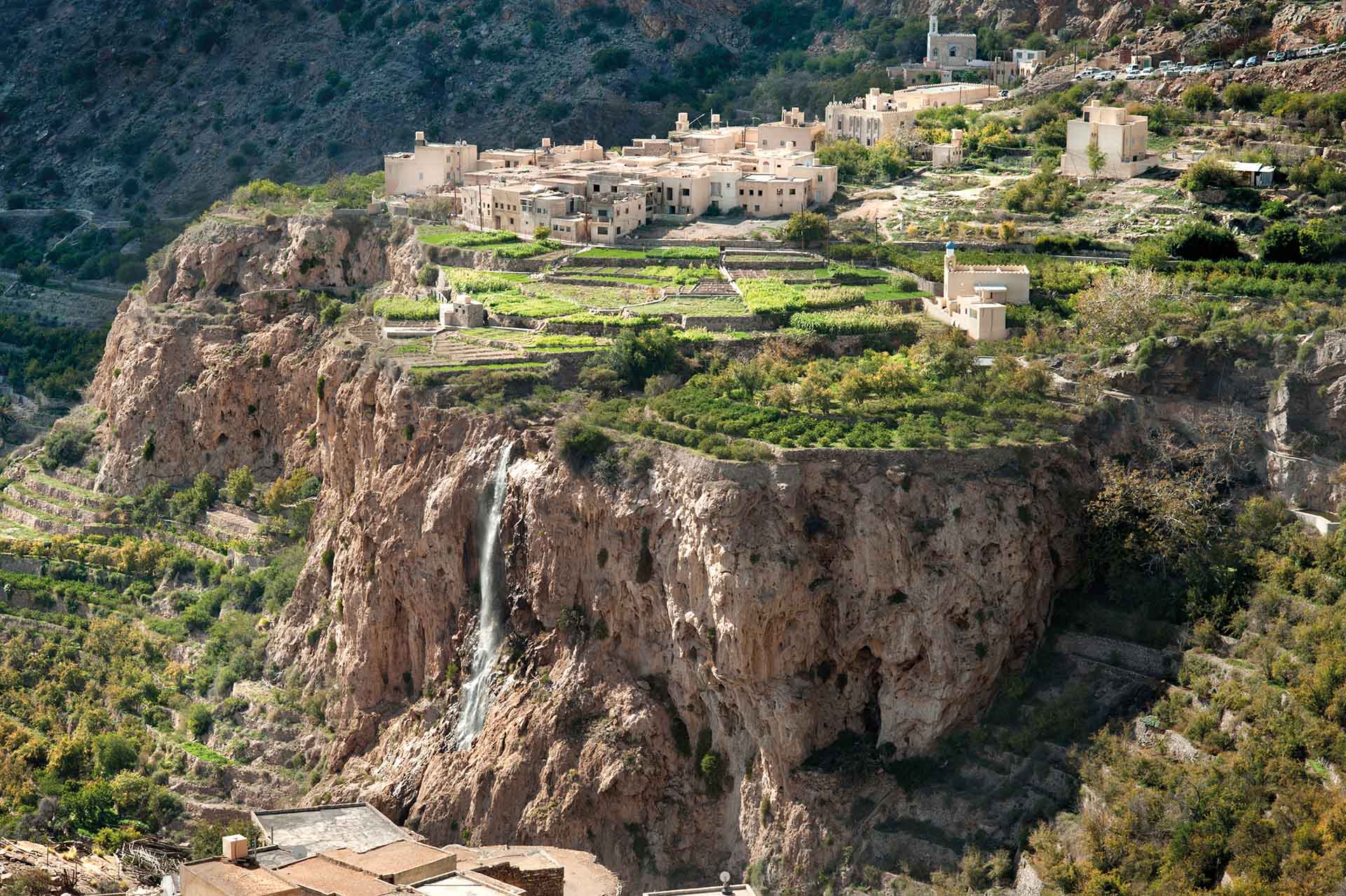 For those looking to explore the ins and outs of Oman in conjunction with its glitzier cousin, the UAE, MIR offers a new small group tour called UAE & Oman: Culture & Contrast in the Middle East. This 14-day journey covers the highlights of both countries on an overland adventure. An optional four-day extension to the southern Dhofar Governorate covers the sights there.

For travelers looking for a private, shorter, or more customizable adventure in Oman, take a look at MIR’s eight-day Essential Oman. Many of the same sights are covered as on the longer, small group itinerary. Essential Oman can also be fully customized.

And of course, for those travelers looking for something completely unique and handcrafted to meet your travel goals, our expert travel planners can design a custom trip just for you. If you have any questions about traveling in Oman, MIR’s tours there, or would like to start planning a custom trip – we would love to hear from you.

Chat with one of our destination specialists now!