The past two years have been difficult for most of us, and the travel industry is certainly no exception. Through these tough times we’ve helped as many travelers as possible see the areas of the world that we love so much. We have also been researching, planning, and, whenever possible and safe, traveling to new areas, developing a passion for countries that lie just beyond the borders of our traditional confines. MIR has been exploring the countries at the crossroads of Europe and Asia and guiding fellow travelers there since 1986. It’s our overriding passion, it’s all we do, and that isn’t changing. We do, however, want to introduce a new MIR region to you, one that also lies at the crossroads of Europe and Asia: the Middle East.

We have handpicked four countries on the Arabian Peninsula, destinations that we feel are uniquely appealing given their history, geography, and accessibility: Oman, Qatar, Saudi Arabia, and the UAE. We are also bringing back a country that was for years one of our favorites (and one of our travelers’ favorites!): Iran. This cluster of five nations straddles the Persian Gulf. Gleaming, modern cities, including the major air hubs of Doha and Dubai, dot the terrain, often in sharp contrast to the ancient ruins and verdant date palm-filled oases just beyond.

Photos from the UAE

Excellent museums, public and private, document and preserve the region’s history, art, and culture. Folds of craggy mountains divide seas of sand dunes, red and khaki under a frequently deep blue sky. Bedouins camp out in the desert beneath a dome of spectacular stars. Fleets of dhows fish the warm waters of the Persian Gulf, the Arabian Sea, and the Red Sea. Arabic coffee is brewed with cardamom and saffron, and poured from elaborate ewers. The call to prayer emanates from towering, ornate minarets, echoing through bustling markets where both the familiar and the wildly unfamiliar are on offer.

The Orientalist imagery draws one in, a colorful veneer that can be both familiar and exotic. Beyond that veneer the region proves to be a deeply fascinating place, and a surprisingly dynamic and diverse one. Diversity is found in religion, in language and dialects, in cuisine, and in landscapes. This is true even in countries like Iran and Saudi Arabia that are often thought of as monolithic by outsiders. Dynamism is evidenced in myriad ways, including the changing role of women in public life; diversifying economies and a move towards green energy; and even in newly relaxed rules for travelers in places like Saudi Arabia. The way these countries present themselves to the outside world is similarly complicated. Some, like the UAE and Qatar, highlight their modernity and development first and foremost. Others, like Saudi Arabia and Oman, place a greater emphasis on preserving and showcasing their heritage. In neither case does the delineation between modernity and tradition approach a straight, easy-to-follow line.

For decades Saudi Arabia kept outsiders at arm’s length, allowing in very few tourists. It has just recently reversed that policy and is now welcoming travelers in a measured and conscientious way.

Across the Persian Gulf, Iran is politically opposed to the West and especially the U.S., while simultaneously one of the most welcoming destinations on the planet for Americans (and travelers in general).

There is of course so much more to it than that, far more than the scope of a blog permits. The Middle East is a place that must be experienced firsthand to understand. 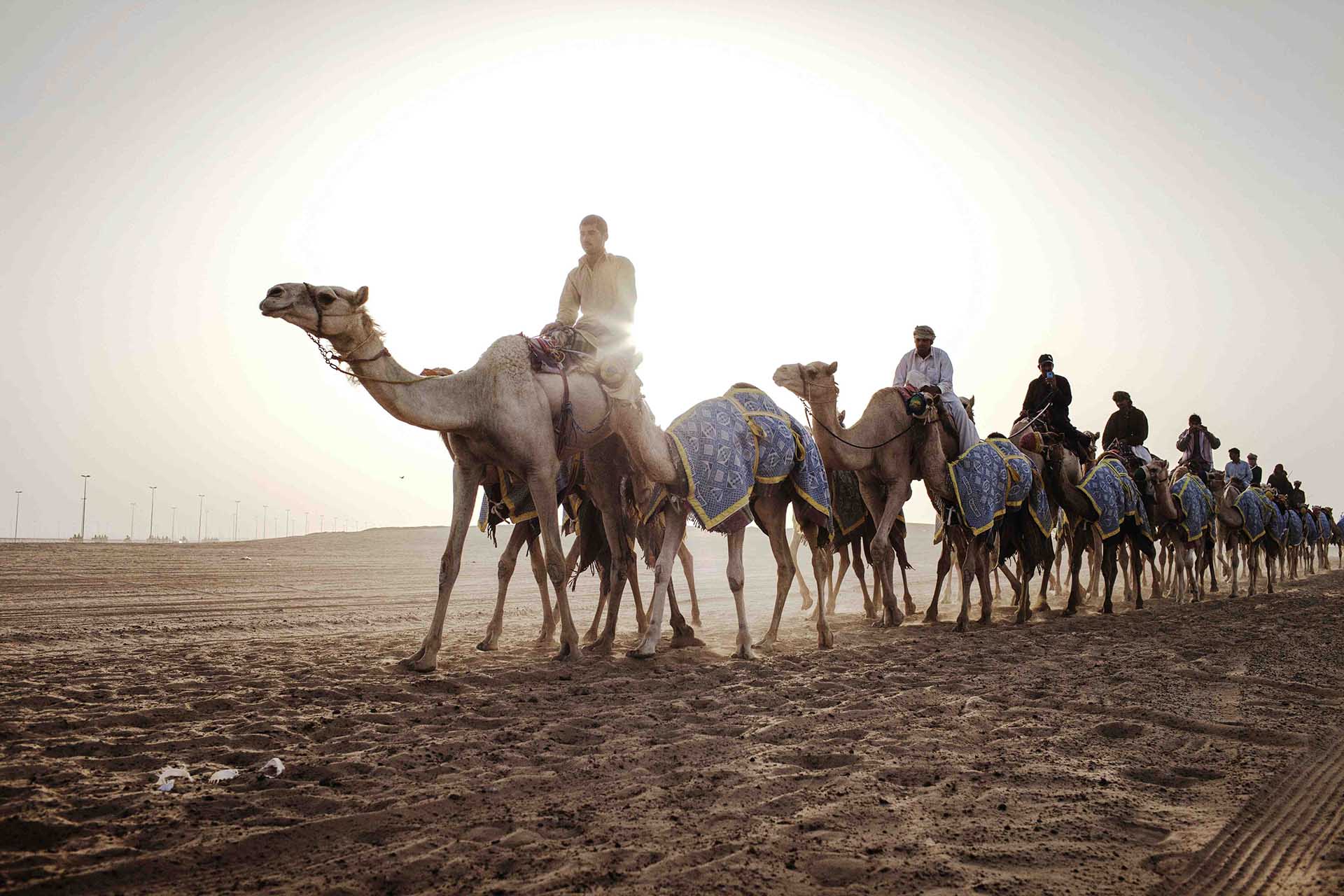 Travel to the Middle East with MIR

Whether you are a first-time traveler (with MIR or in general), or an experienced world explorer with dozens of countries under your belt, let our expert guides, tour managers, and travel planners work with you to get you over there to see it all for yourself.

We have crafted an initial offering of four small group tours that focus on the region, including one that links it with Central Asia, as well as an array of private, customizable package offerings for each individual country. Our travel planners can also work with you to handcraft your own journey, whether focused on one country or a multi-country odyssey.

Please look through the links embedded in the blog to read more about these new destinations and the trips we have planned to them in 2022 and beyond, or take a look at our 2022/2023 digital catalog.

Whether you have some initial questions, have read a bit and are ready to start planning, or already know exactly what you want, we’d love to hear from you!