How Do Iranians Really Feel About Americans

Devin Connolly is a friend of MIR who used to be a Tour Manager and led travelers on journeys to many countries, including Iran, a land she loves.

To say that relations between Americans and Iranians are often misunderstood would be putting it mildly. So many Americans are convinced that Iranians hate us that they react with skepticism when I say that, in my experience, the exact opposite is true.  Iranians are very welcoming of foreigners, especially Americans (notice that I didn’t say “even Americans”).

All Muslim countries have a strong code of hospitality, but in all my travels I have never seen such hospitality practiced to the extent that it is in Iran. To travel through Iran is to experience one lovely human moment after another. When I’m with groups, we’re frequently stopped and interrogated in the friendliest way by curious locals, aching to know where we’re from and what we think of Iran.

Iranians don’t often encounter foreigners, and rarely Americans. That’s why they tend to be effusive in their assurances that any animosity between Iran and the US is only between the governments and not between ordinary people. If I had an Iranian rial for every time I heard that reassurance, I would still be far from retirement (there are more than 40,000 rials to the dollar).

Most Americans who visit Iran are apprehensive at first. Many have made the decision to travel to Iran against the advice of their well-meaning friends and family, and some have had to struggle with their own apprehensions before their trip. Right or wrong, no American visits Iran without preconceived notions about the country and its people. This is why it’s interesting for me to watch other Americans discover Iran for themselves.

There are other MIR destinations that I call “blank slate” countries, where more often than not, travelers arrive not having any idea what to expect of the region or the people. Iran is definitely not one of those places.

I’m known to joke that traveling through Iran is the closest most of us will ever come to achieving celebrity status. I must be in hundreds of Iranian family scrapbooks because locals want to take pictures of me and the MIR groups I travel with everywhere we go in Iran.

Once when I was at a park in a tiny town in the south of Iran, a local woman eagerly approached me to practice her English.  She worked as an English teacher and she was clearly overjoyed to encounter a native speaker so far from Tehran. I chatted with her briefly and gave her my email address when it was time to leave. That was three years ago and we still email back and forth on a regular basis to keep each other updated on what’s new in our lives. We even agreed to meet at the same park the following year just to say another brief hello. On our second meeting, she was dressed up in what was probably her best outfit and brought several gifts for me and all the members of my family. I am still touched by this gesture – this is the kind of thing that doesn’t happen in other parts of the world, but it is normal for Iran.

I could write volumes about how welcoming and pleasant Iranians are, but the only way to know for sure is to come and visit Iran yourself. The locals are waiting to give you a warm Persian welcome. 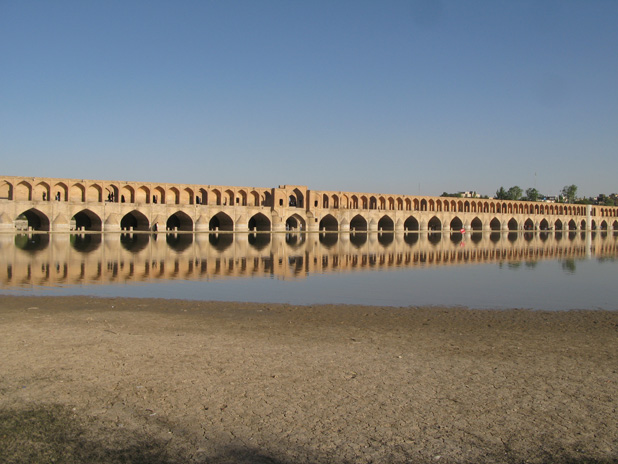 Travel to Iran with MIR

You can travel to Iran on a small group tour or a rail journey by private train, experiencing that nation’s hospitality and friendship for yourself. You can also book a custom private journey.